There you have it – The Light At The End Of The Tunnel prompt for a flashy. How would I miss the opportunity to have a twist of irony with that topic? No way, of course. 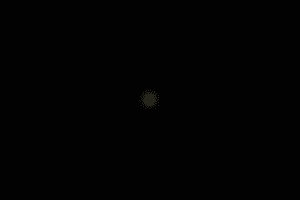 THE LIGHT AT THE END OF THE TUNEL

Believe it, or not, I was ready to die. All of a sudden, death did not appear as scary or impossible anymore. I was ready, no, I was willing to embrace it. All the small things that had formed my small joys were gone, and the idea of not seeing the sun tomorrow, had simply expired.

How is that possible, one would ask. Is not the human being one that never loses hope or the love of life? Is not that the reason humans are at the top of all reasonable creation?

I don’t have an answer for that. I just know that I was indifferent to life, I cared not. To be honest, I was indifferent to death as well. It was not attractive in any way, moreover so, as the experience was entirely unknown to me. The downright truth was that I did not care. For the moment, death meant escape from life. Life had become a nuisance, a dark pit of losses and failures, from which I would rather break out. Since I had no power to struggle anymore and I had no faith that my struggles could bring about a life any different from the one that lead me here.

Then I spotted that vague light area far ahead. I blinked once or twice to make sure I can see it correctly. There it was. A very dim and unclear dot, not disappearing. I must have reached the bottom, I reckoned, if that is the light at the end of the tunnel. I have never believed one could see such a thing. I must be at the end of my tether, indeed. Once I had swallowed the bitter realization that I have nothing to live for, I started thinking what to do about this light. I mean, if I see it, am I supposed to undertake any particular piece of action? Do I need to feel hopeful again, resurrect my expectations, my will to fight, or was the light going to do something for me?

“Good evening.” A sharp voice stated ahead of me.

“Good evening.” said I not sure what to think.

“We are sorry to announce that due to recent huge spendings, we are forced to turn off the light at the end of the tunnel. Thanks for your hopes and have a happy afterwards!”

So… I blinked a couple of confused blinks. Huge spendings, I thought. Suddenly I didn’t feel like giving up. Curiosity overwhelmed me, as I headed towards the place where that voice sounded a moment ago.

This story was published in MouseTale Press, a literary magazine, in January 2013.